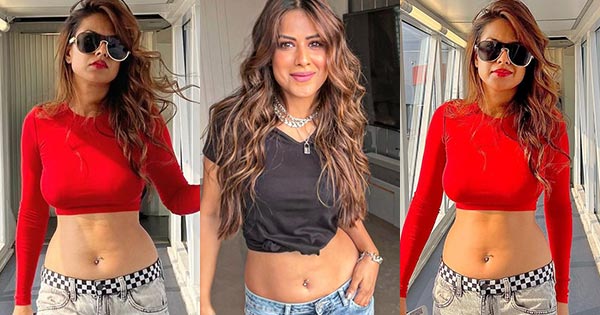 Indian tv actress Nia Sharma turns the heat up with her stylish look in a crop top and showing off her navel piercing – see the latest photos.

Nia Sharma, who is currently entertaining fans with her new released music video Saat Samundar, is known to be one of the most stylish actresses of small screen. The actress is also known for her love for crop tops and she rocks it by flaunting her fine midriff and the killing belly button piercing which adds to her persomality and look.

The actress recently shared some more pictures where was seen in a crop top and impressing fans with her casual style.

The 31-year-old rose to fame with the TV show Jamai Raja and starred in another popular Indian TV series Naagin in it’s 4th season. With 6.9 million followers on her official Instagram, Nia Sharma, has emerged as a popular Indian TV diva who has been setting screens on fire with her music video appearances lately.