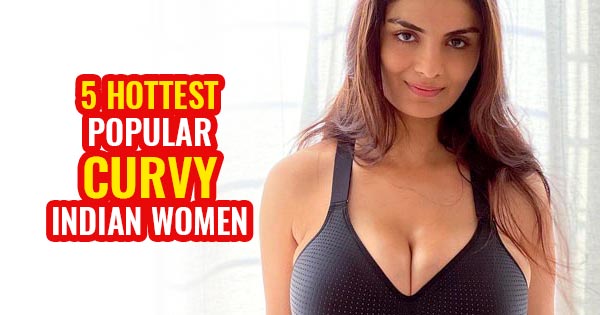 5 hottest curvy Indian women – Actresses and models who have the best curvy body.

Check out these 5 Indian women who are blessed with fine curves and have been raising the temperature with their curvy body in body hugging outfits, sarees and bikinis.

Curvy is the new sexy and these women definitely proves it. We are here listing 5 of the hottest Indian women who are popular for their curvy body and aren’t shy to flaunt it in some tight hugging dresses or sarees. These actresses and models have gained a huge fan following on social media and their fine curves has definitely played some role in winning many hearts and fans too.

Lovely Ghosh who goes by the nick name of Sherni is a model who hails from West Bengal and has become an internet sensation with her bold and sexy photos and videos. The model isn’t shy to flaunt her fine curves in bikinis or sarees.

Ketika Sharma is an Indian actress and model who is also blessed with some fine curves and isn’t shy to show them off in a tight dress and set things on fire. The actress made much with her movie Romantica and then appeared in a music video too.

Scarlett Rose also nicknaked Brown Barbie by herself is a stunning dusky beauty with a body to kill. She rose to fame with popular reality TV show MTV Splitsvilla. She is a traveller and gives out fitness tips.

Namitha is a popular name in South Indian film Industry who has been working in film for past two decades. The actress is popular for her curves and has gained some loyal fan following.

Anveshi jain is the latest and hottest internet sensation of India, who rose to fame with her lesbian scene with actress . The actress has appeared in a Gujrati film and has been successfully running her own app sharing some exclusive content. Anveshi Jain’s fine curves has played a big role in gaining more than 3 million followers on her Instagram.